Director General for Relations with the EU 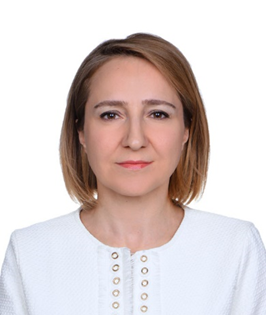 She graduated from the Ankara Anatolian High School in 1994. She did her undergraduate work at the Middle East Technical University and received her BA with high honors in International Relations.

During her undergraduate studies she received a scholarship from the Vienna University for the European Studies Summer School Programme and completed with high honors.

After being granted the Jean Monnet Scholarship of the European Commission in 1999, she obtained her MSc in Political Economy of European Integration from the London School of Economics and Political Science. Her dissertation, “Regulatory Response of Europe to the Developments in the International Financial Markets” was marked by distinction.

In 2006 she received the British Chevening Scholarship and was a visiting PhD student at the St Antony’s College of the Oxford University. She took a break from her PhD at METU International Relations Department during the thesis phase.

In 2001 she started to work at the Secretariat General for European Union (EU) Affairs as Junior Expert and in 2004 she became EU Expert after writing her thesis on the conditionality principle and the importance of administrative capacity for the implementation of the EU acquis. In 2010 she was appointed as the Coordinator of the Accession Policy Directorate and in 17 January 2014 she became the Director of the same Directorate in the Ministry of EU Affairs.