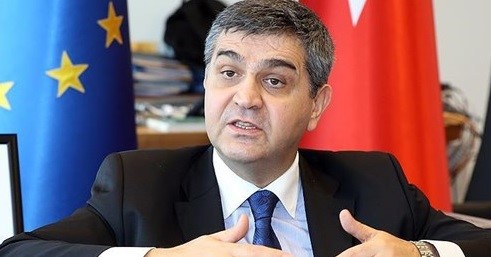 Graduated from the Economics Department of the Faculty of Political Science of Ankara University, he had two Master’s Degrees from the London School of Economics and College of Europe (Brugge) in the field of economics and politics of the European Union respectively.

He was the Chief Foreign Policy Advisor to Türkiye’s EU Minister and Chief Negotiator and Director for EU Communication at the EU Ministry (2008-11).

Deputy MOFA Kaymakcı is a holder of NATO Medal for his service in Afghanistan and was selected one of the three Alumnus of the Year 2007 of the College of Europe.

He speaks English and French.