The Turkey-EU Political Dialogue meeting on political directors level was held on 13 September 2019 in Brussels. 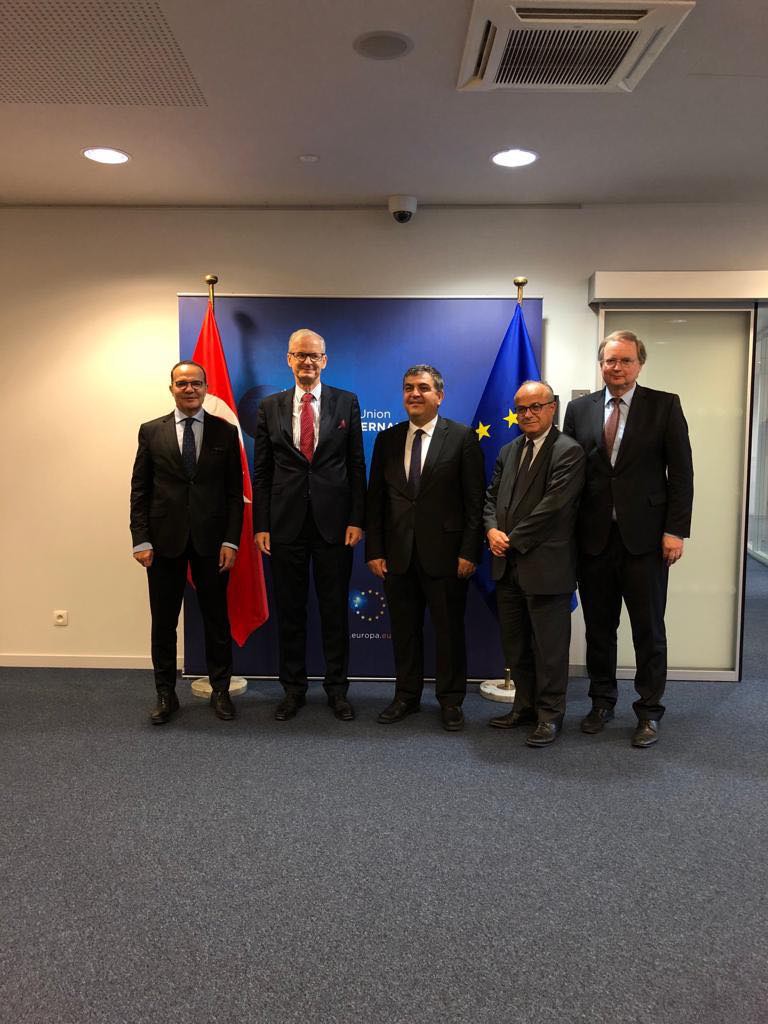 The Turkish delegation, headed by the Deputy Minister of Foreign Affairs and Director for EU Affairs, Ambassador Faruk Kaymakcı and the EU delegation, headed by the Deputy Secretary General Jean Christophe Belliard and the Director General for Neighborhood and Enlargement Negotiations of the European Commission Christian Danielsson discussed the major agenda items of Turkey-EU relations. Turkey-EU togetherness is more important than ever in such a critical period of major transformations in the international system. At the Political Dialogue meeting, it was emphasized that the enhancement of the dialogue and cooperation between Turkey and the EU is important not only for the parties but also for establishment of peace and prosperity in a wider region.